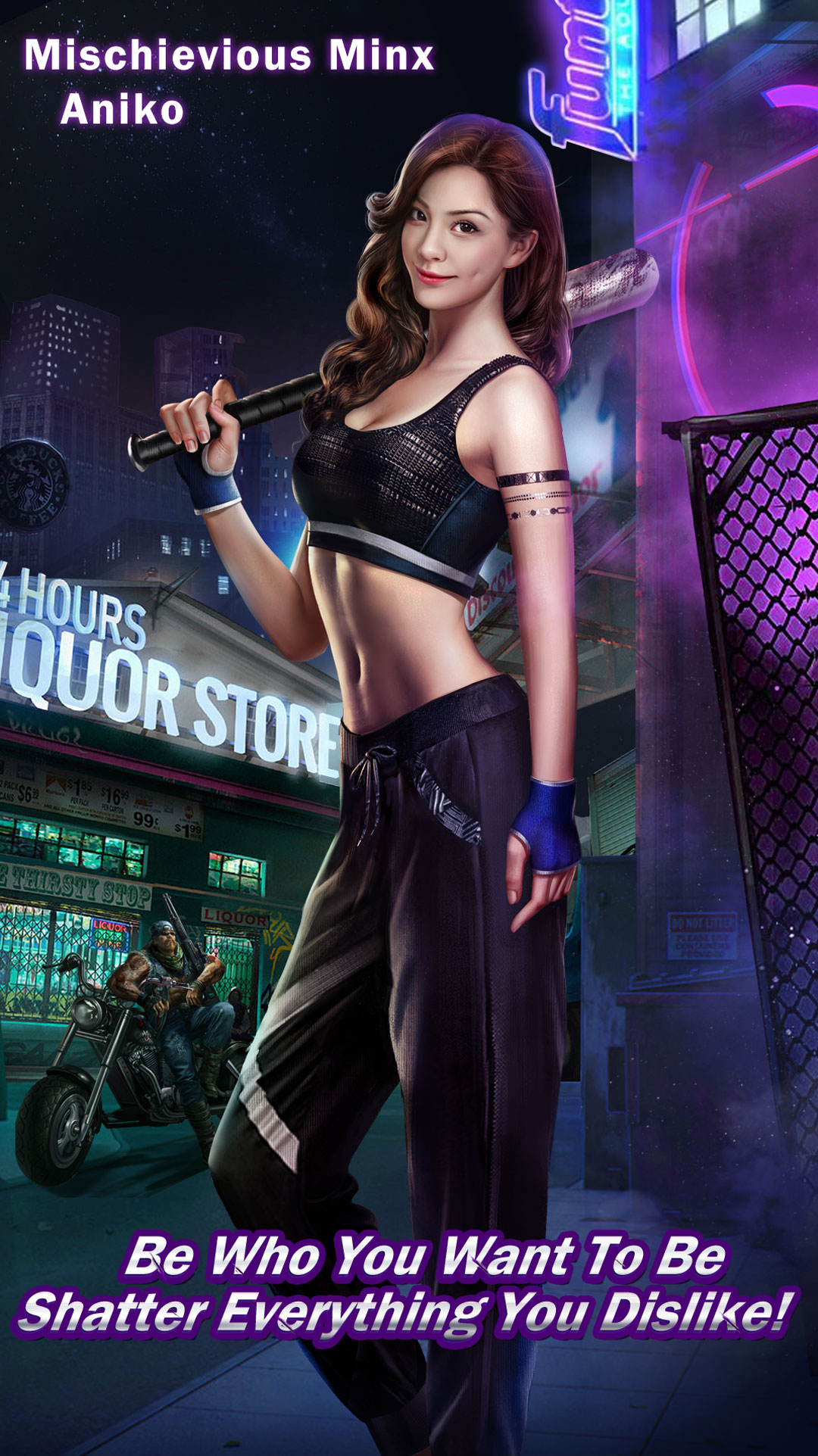 The new Vigilante ‘Aniko’ has descended into Mafia City!

Aniko is an amazing athlete who has never lost a race. Everyone loves her. However, some fans love her too much. Today, she has way too many stalkers, some who have committed crazy stunts to get Aniko to love them. Due to this situation, Aniko is currently seeking a charming man to protect her. Nevertheless, she is quick and agile. Surely, you'll need someone like her on your side!

Recruit Aniko to unlock the 1st Star★ and increase [Bulker Defense by 5%].

At the 2nd Star★★, Aniko can increase [Crew Defense When Defending Turf by 5%].

At the 5th Star★★★★★, Aniko can increase [Crew Attack When Attacking Turf by 15%] when she leads your Ops.

Upgrading this Skill to the Max Level can (at most) increase [Crew Attack When Attacking Turf by 40%]. These boosts in attributes will definitely turn the tides in any battle!

By purchasing the “Mischievous Minx-Aniko”, you will be able to recruit the Vigilante “Aniko”. She will shatter everything and anyone that stands against the Family!

The Phantom Gunman——Stuart Has Arrived!